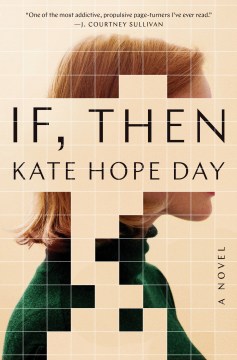 Day's complex debut explores the mind-bending idea that for every decision made, alternate choices lead to different lives. Four neighbors, living at the foot of a dormant volcano in a peaceful Pacific Northwest community, experience a series of unprecedented events. Those incidents will weave their lives together in unexpected ways. Each is suffering from loneliness, loss, resentment, disappointment, and frustration: a successful surgeon too wrapped up in her job, her research-scientist husband seeking acceptance, a new mom longing to complete her abandoned Ph.D., and a grieving daughter reluctantly taking up the life her mother left behind. They all begin having visions,"‘what if" scenarios of how their lives could be if another choice is made. The options are tempting, and each decides to follow that different course, some for the better, others falling prey to dangerous obsession. When those paths start intersecting, and the mountain starts to rumble, everyone will wonder if their choice of another life is real or simply a delusion. Multiverse-theory fans will enjoy the speculation offered in this novel. Copyright 2019 Booklist Reviews.

The lives of three neighboring families in Clearing, Ore., become inexorably entwined in Day's captivating debut novel of parallel worlds. Dr. Ginny McDonnell, a surgeon, feels disconnected from her son, Noah, and her husband, Mark, a behavioral ecologist convinced that nearby Broken Mountain, a volcano, isn't quite as dormant as many believe. Realtor Samara Mehta is still reeling from her mother's death on the operating table and blames the surgeon, Ginny. Cass Stuart is taking a break from earning her PhD in metaphysics to care for her baby girl but longs to continue her research on the theory of everything and the possibility of a multiverse. Cass, Ginny, and Mark start to glimpse different versions of themselves and Samara of her mother, preceded by a bad taste and a trembling under their feet, while Broken Mountain awakens nearby. Often, Day seamlessly slips readers in and out of realities with little warning, and the scenes in which characters observe and, at times, interact with, their alternate realities are intimate, eerie, and startling, such as Mark's encounters with the wild, disheveled man he dubs "Other Mark." Effortlessly meshing the dreamlike and the realistic, Day's well-crafted mix of literary and speculative fiction is an enthralling meditation on the interconnectedness of all things. (Mar.)