The sisters of the winter wood / Rena Rossner. 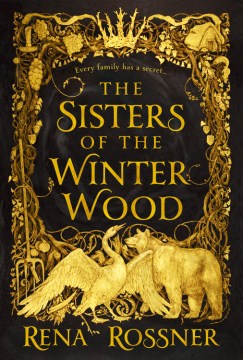 Rossner's debut is the fantastical coming-of-age story of two sisters, combining historical events, religious strife, and Russian folklore. Alternating chapters of regular prose and ballad-like stanzas emphasize the difference between two loving daughters, products of an unusual, mystical union between two shape-shifters—a Jewish bear and a gentile swan. Liba is a pious, dutiful daughter, dark, plump, and studious like her father. Laya is like her mother, blonde, svelte, and always wishing to see more of the world. Each is more like her favored parent than they know. When their parents must make an unexpected and possibly dangerous trip, the girls are left behind for safety. This freedom allows them to meet young men their own age, and each develops a romantic relationship, but not without misgivings. Liba suspects Laya's young man is behind the villagers' growing anti-Jewish dissent and possibly much worse. First-love conflicts, fear, and prejudice may trigger transformations neither Liba nor Laya will be able to control. Offer to fans of Naomi Novik's Spinning Silver? (2018) and Katherine Arden's The Bear and the Nightingale? (2017). Copyright 2018 Booklist Reviews.

Rossner's intricately crafted, gorgeously rendered debut alternates perspectives between teenage sisters Liba and Laya Leib, who narrate in prose and verse, respectively. They are left to fend for themselves in the mysterious woods that border the town of Dubossary while their parents are away on urgent business. Before their parents leave, the sisters learn the family secret: their father can transform into a bear, a gift Liba will inherit, and their mother into a swan, as Laya will. The pair disagree on how to enjoy their newfound independence: where Laya longs for freedom, Liba craves stability, worrying constantly for her younger sister's safety. People are going missing from the town, there are rumors of a bear in the woods, and anti-Semitic sentiment is on the rise. All of these strange occurrences coincide with the arrival of the Hovlins, a seductive band of fruit-peddling brothers whose otherworldly appeal Laya cannot resist. To save her sister and her people, Liba must learn to accept her bear-like nature. Drawing on true events, folklore, and Christina Rosetti's classic , Rossner's fairy tale is creepy and moving by turn, full of heart, history, and enchantment.