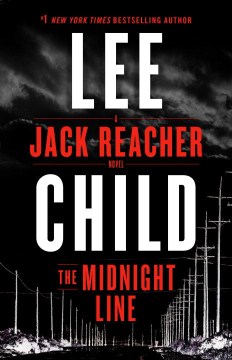 The softer side of Jack Reacher? Huh? Well, everything's relative, but this time out Reacher does far less head-butting than usual, and the action is scaled down several notches, too. It starts with the former MP turned off-the-grid wanderer strolling through a Wisconsin town—comfort break on his bus to nowhere—when he spots a ring in a pawn-shop window—not just any ring but a West Point class ring. West Pointers don't pawn class rings, so, naturally, Reacher wants to find out what happened. His attempts to trace the ring land him in the middle of an elaborate opioid-distribution operation originating in, of all places, a laundromat in South Dakota. Reacher tracks the ring's owner with relative ease, but that's where the trouble starts. Not so much with bad guys—though there are some of those—but with an army major desperately in need of help. Showing his sensitive side and his usual shrewd ability to figure stuff out, Reacher proves the man for the job. Not your usual Reacher fare—God help us, we crave more head-banging—but a very good, multifaceted novel about dealing with the unthinkable.HIGH-DEMAND BACKSTORY: It's automatic: Reacher gets off a bus, and Child lands on the NYT best-seller list. Copyright 2017 Booklist Reviews.

Spotting a woman's West Point class ring in a Wisconsin pawn shop, Jack Reacher understandably wonders what happened to her. That leads him into the great empty spaces of Wyoming, conflict with a nasty biker gang, and more. Child's recent Night School debuted at the top of the New York Times best sellers list.

In Child's latest Jack Reacher book (after Night School), his protagonist rambles into a Wisconsin pawnshop and notices a woman's 2005 West Point graduation ring. Knowing the effort a female cadet needed to earn the ring, he wonders: What motivated her to sell it? Reacher buys the ring, and after reading the initials inscribed inside, sets out to find his fellow alum. He quickly learns her name, Rose Sanderson; however, understanding her accomplishments requires more time. Along the way to the Wyoming wilderness and with the assistance of a former FBI agent and Rose's sister, he encounters musclemen, swindlers, bikers, and crooked cops who control a vast, illegal drug enterprise protecting opioid dealers and abusers as well as vets. Reacher also learns about the pains, sorrows, and fears Sanderson internalized while on duty in Iran and Afghanistan—and the residual effects she manages back home. Child places the present opioid crisis in context, which may help readers better understand drug use, especially among vets. Child does a stellar job this time by not following his customary formula; his usually stoic hero who rarely displays softness and compassion is hit hard emotionally by this case. [See Prepub Alert, 5/15/17.]—Jerry P. Miller. Cambridge, MA

Bestseller Child's superlative 22nd Jack Reacher novel picks up where 2015's left off. While riding a bus in Wisconsin to the next "end-of-the-line place," Reacher gets off at a rest stop "on the sad side of a small town." In a pawn shop window, he spots a West Point ring, class of 2005, sized for a small woman. As a West Pointer himself, Reacher knows what it takes to earn that ring—and he wants to find out who it belonged to and why it was pawned. The trail takes him to Rapid City, S.Dak., where he encounters shady Arthur Scorpio—ostensibly a laundromat owner, but of interest to local police and a private investigator from Chicago—and, eventually, to Wyoming. The identity of the ring's owner is established reasonably quickly, and her backstory (and what Reacher does about it) takes the reader from the wars in Afghanistan to the opioid crisis in America (including a damning thumbnail history of how corporate America has profited from selling heroin in one form or another and a devastating portrait of opioid addiction). As usual, Child makes his narrative entirely credible—and compulsively readable.