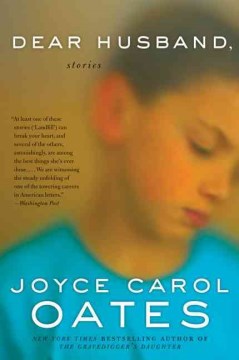 In these 14 melancholic stories, Oates unearths the unsettling and morbid side of American life. "Special" shows us the extremes of childhood sibling rivalry, while in "The Blind Man s Sighted Daughters," grown sisters face the inequities of their relationship. "Suicide by Fitness Center" and "Mistrial" both explore how middle-aged women cope with loneliness; in "The Glazers" and "Vigilante," we meet two young adults in over their heads. The collection is wintry and dark, best read by the emotionally stable, as Oates spirals into the realities of death and the sadness of life. Although the stories are unsettling, Oates maintains intimacy and empathy with her characters. From the uncontrollable desires of a drug addict to the unwavering love of a mother for her child, Oates people are starkly crafted yet written with care. Like Oates We Were the Mulvaneys (1996), this novel reflects the author s fascination with the demise of family life. Another significant chapter in the career of a prolific and consistently thought-provoking American author. Copyright 2009 Booklist Reviews.

In this collection of 14 stories, Oates examines what, at first glance, seem to be normal family relationships—under further magnification, the cracks appear. The title story, based on the Andrea Yates case, imagines a letter to her husband explaining her actions. In both the "Blind Man's Sighted Daughters" and "A Princeton Idyll," disillusionment and disappointment are revealed in daughters' relationships with their fathers. In three stories, "Cutty Sark," "Landfill," and "Vigilante," mother-son interactions lead to differing consequences. Three more stories, "Heart Sutra," "Death by Fitness Center," and "Mistrial," center on the results of women's decisions on whether to take action. In the strangest of the stories, "The Glazers," a young woman is quite shocked when she meets her boyfriend's family. Once again, Oates's ability to zoom in on an aspect of American life makes for insightful reading and unexpected conclusions. Oates, author of more than 30 previous story collections (most recently Wild Nights!), presents another good choice for libraries.—Josh Cohen, Mid-Hudson Lib. Syst., Poughkeepsie, NY

The family ties that bind (and choke) are the overarching theme of Oates's grim but incisive collection. The title story takes the form of a rambling letter from an Andrea Yates–like mother after her infanticide is completed, detailing her belief that God has instructed her to drown her five little children who have "not turned out right." "A Princeton Idyll" gives us a series of letters between a chipper children's author, granddaughter of a famous physicist, now deceased, and his sometimes sentimental, sometimes-bitter former maid; the result, in true Oatesian fashion, is dark family secrets and a good deal of denial. In "Vigilante" a son, struggling with his recovery from substance abuse, helps his unknowing mom by exacting revenge on his estranged dad. "Special" is told from the perspective of an elementary-school girl who moves toward desperate action watching her autistic older sister strain her parents' marriage and, worse, garner all their attention. Throughout the collection, Oates seamlessly enters the minds of disparate characters to find both the exalted and depraved aspects of real American families. (Apr.)

You think it, I'll say it: storiesSittenfeld, Curtis

What it means when a man falls from the sky: storiesArimah, Lesley Nneka