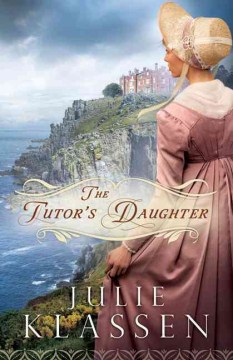 If Emma Smallwood doesn't do something quickly, the Smallwood Academy will have to shut its doors permanently. So when the last student enrolled graduates, Emma persuades her father to write to Sir Giles Weston to see if he will consider sending his two youngest sons, Rowan and Julius, for tutoring. After all, John Smallwood had done an excellent job preparing Henry and Phillip Weston for university. Fortunately, Sir Giles is very receptive to the idea, but he wants Emma's father to come to Ebbington Manor and teach the boys there. However, from the minute Emma and her father arrive at the Weston family home in Cornwall, someone, or something, seems determined to drive them away. In her latest captivating inspirational romance, Christy Award–winning Klassen effectively channels the gothic spirit of Austen's Northanger Abbey, Du Maurier's Jamaica Inn, and the classic novels of Holt by making effective use of her atmospheric Cornish setting and creating a plot packed with secrets and intrigue. Copyright 2012 Booklist Reviews.

When her father's school fails, Emma Smallwood travels with him to Cornwall where he is to tutor the two youngest sons of a baronet. The two older brothers, Phillip and Henry, had attended her father's school in the past, and Emma remembers the pranks that Henry used to play on her. Now, in Cornwall, someone is playing tricks on her again. At night, she hears a piano playing and someone screaming. Then she hears the story about the manor's ghost. The family has secrets. If Emma can uncover them, will the pranks stop? VERDICT Well-developed characters, plot twists, and attention to period detail make this a sure bet for fans of Regency novels. A hint of romance will win Klassen (The Maid of Fairbourne Hall; The Silent Governess) readers who enjoy Catherine Palmer.

Regency fans will thank Klassen (The Maid of Fairbourne Hall) once again for this lovely addition to the genre. The award-winning author offers adept plotting adorned with the historical details and landscapes that will satisfy and add to the Regency fan base. Emma Smallwood, daughter of tutor John Smallwood, finds a place for her dispirited father at Ebbington Manor, home to two former students. Their arrival, however, is less that auspicious. The Weston brothers—former students Henry and Phillip and current students Rowan and Julian—are embroiled in family drama along with their father and his second wife, the younger boys' mother, Lady Weston, and her ward Lizzie Henshaw. Emma discovers that secrets abound at Ebbington Manor, including mysterious music, nighttime visits, and outright threats. What are the Westons hiding? Might Emma be attracted to a Weston brother? Regency/Klassen fans will love the mystery, romance, and drama. Agent: Wendy Lawton, Books & Such Literary Agency. (Jan.)