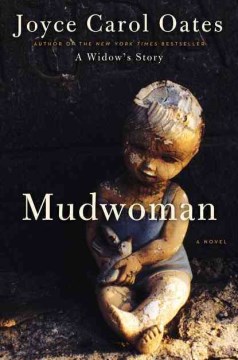 *Starred Review* The desolate wilds along the Black Snake River in the shadow of the Adirondacks, a land of epic poverty, is the last place one would expect a college president to hail from, especially the first woman to head a prestigious Ivy League institution. All M. R., commanding, ambitious, and unmarried, says about her childhood is that she was raised by Quakers. But now that she's at the top of her game, her suppressed and brutal past in that malevolent land of mudflats, decay, and atrocities reaches out to grab her like a grotesque swamp creature. Enraged by the Iraq War, embroiled in a thorny campus scandal, and terribly lonely in the mausoleum-like president's mansion, M. R. slowly and excruciatingly comes undone as Oates reveals the horrors M. R. endured as "mudgirl" in primeval scenes of madness, terror, and mythic rescue. In this extraordinarily intense, racking, and resonant novel, a giant among Oates' "big" books, including The Gravedigger's Daughter (2007), chilling archetypal mysteries vie with ringing indictments of war, academic and corporate malfeasance, and environmental destruction. Masterfully enmeshing nightmare and reality, Oates has created a resolute, incisive, galvanizing drama about our deep connection to place, the persistence of the past, and the battles of a resilient soul under siege from within and without. HIGH-DEMAND BACKSTORY: A major, controversy-ready novel from high-profile, protean Oates, who will be on tour in sync with a far-reaching and diversified media campaign. Copyright 2011 Booklist Reviews.

Oates begins her 38th novel with a nod to Nietzsche ("What is man? A ball of snakes") that lies at the mud-caked heart of this tale of the rise and stumbling fall of M.R. Neukirchen, a brilliant academic whose childhood starts in the mudflats of the Black Snake River, where she is abandoned in 1965. But by 2002, M.R. has reached the top of the ivory tower. After a full ride to Cornell, and a Ph.D. from Harvard, she is now, at 41, the first female president of another Ivy institution. M.R.'s ambitious plans include upending the patriarchy and increasing diversity on campus, but both prove difficult in the post-9/11 "era of ‘Patriotism' " as the U.S. prepares to invade Iraq. M.R.'s identity, idealism, and sanity are all threatened as she wades through obstacles, including sabotaging right-wing colleagues and students. Though she has never considered herself the victim of sexism, M.R. must confront her gender when it becomes the lens through which her leadership is judged. Likewise, the philosophical question she has dedicated her career to answering—what is the self?—must be turned inward. Oates's prose, dominated by run-on sentences to imitate fury or swiftness and a colloquial voice lacking nuance, is uninspired, but fans will relish the depth of this inquiry. (Mar.)