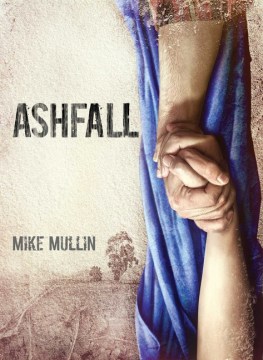 Alex, 15, is alone at home in Cedar Falls, Iowa, when his house collapses, as thick black ash falls from the sky. A supervolcano in Yellowstone National Park has erupted 900 miles away, all power is out, and the horrendous noise of the aftermath does not stop. Alex takes off through the never-ending darkness, stench, corpses, and tumult to try to find his family who had been vacationing. Along the way, he meets smart, tough Darla, an engineering whiz, and together they fight through the post-eruption world. The step-by-step survival journey may be too graphic for some, especially the detailed descriptions of filth, hunger, and injuries as the teens scavenge for food, water, and shelter; run from a brutal FEMA refugee camp; fight off looters; and witness unspeakable violence (a woman tells them she saw her husband roasted on a spit). This catastrophic vision is rooted in realism that is extended by a concludingnote about the story's scientific connections, and Alex's voice is right on, especially in his romance with fierce, angry Darla. Of course, a sequel is coming. Copyright 2011 Booklist Reviews.

The end of the world comes when a giant rock is thrown 900 miles from the exploding supervolcano under Yellowstone National Park. Mullin's debut novel is carefully researched and vividly realized, a post-apocalyptic backdrop for a suspenseful tale with adventure, graphic violence, and two teenagers learning to love. For readers who like intense action, a believable narrator, and an imaginable dystopia.

Alex Halprin's world ends one Friday evening, and there is no dawn the next day. The end of the world comes with a bang, a giant rock thrown 900 miles from the exploding supervolcano under Yellowstone National Park, destroying Alex's house and signaling the coming volcanic winter. After the rock comes the fire, then the noise, like Zeus "machine-gunning thunder at you," then a high-pitched whine, power outages, and ash, burying Alex's world. Rains turn the ash to muck, over which Alex skis in search of his parents who had taken a weekend trip over a hundred miles away. Alex walks out into a world that has quickly gone bad, populated by refugees, killers, rapists, and even cannibals, a world where Alex's tae kwon do skills come in handy more than once. But there's human kindness, too, and love, as Alex finds Darla and the two save each other's lives time and again. Mullin's debut novel is carefully researched and vividly imagined, a post-apocalyptic backdrop for an intense tale with adventure, graphic violence, and two young teenagers learning to love. A sure hit for older readers who like intense action, a believable narrator, and a dystopia that could actually happen. dean schneider

In this grim, postapocalyptic tale, the Yellowstone supervolcano erupts, covering much of North America in volcanic ash and plunging the world into nuclear winter. Fifteen-year-old Alex Halprin refused a family trip to visit relatives in Illinois, so he's home alone in Iowa when the eruption occurs. After seeing a neighbor kill three looters, Alex heads east through falling ash, dropping temperatures, and torrential storms, hoping to find his family. Soon he's joined by another survivor, Darla Edmunds, with whom he falls in love. Debut novelist Mullin puts his characters through hell, depicting numerous deaths in detail ("Blam-Blam! His head pretty much burst, showering my legs with blood and bits of hair and skull and brain"). There's also cannibalism and a rape before the novel comes to a believable ending; "happy" is perhaps too much to ask for, but Alex does find a measure of stability. The book is well written and its protagonists are well-drawn, particularly the nontraditional and mechanically inclined Darla. Although more appropriate for older teens due to its violence, this is a riveting tale of survival. Ages 14–up. (Oct.)

Not a drop to drinkMcGinnis, Mindy

How I live nowRosoff, Meg