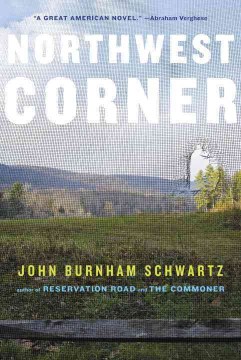 Twelve years after Dwight Arno has been released from prison for his involvement in a tragic hit-and-run that resulted in the death of a young boy (events detailed in Reservation Road, 1999), he has fashioned a new life for himself in sunny Santa Barbara, California. Yet every day he replays the events that forever altered the trajectory of his life and resulted in his estrangement from his own son. Then Sam, now a college student, shows up on his doorstep. Angry over a key loss in a championship baseball game, Sam became embroiled in a violent fight and seriously injured another man, who now lies in a coma in a Connecticut hospital. Wracked with guilt, Sam believes his father might be the only one who can truly understand his sudden troubled circumstances, yet Sam finds he is still not able to completely let go of his anger over losing his dad to prison. As the two try to forge a connection, Schwartz traces, in highly burnished prose, the fragile dynamics of a father-son relationship and the painful transformation of one family as it struggles to heal itself. HIGH-DEMAND BACKSTORY: This is the sequel to Schwartz's best-selling Reservation Road (1999), which was also made into a high-profile movie for which he wrote the screenplay; his latest will be pitched to book clubs and promoted via an author tour and online advertising. Copyright 2011 Booklist Reviews.

A postgame bar fight leaves college baseball player Sam on the run and wondering whether he and his estranged father share a violent streak or at least bad judgment. His father, Dwight, can never make up for the accident that took a boy's life or repair his career or the family he left 12 years ago. Instead, he is going through the motions of starting over after serving his prison sentence until the day Sam arrives on his doorstep unannounced and troubled. In his fifth novel (after The Commoner), Schwartz explores the lives of characters damaged by circumstances and bad decisions, so it is gratifying when they move beyond crippling self-recrimination and begin their lives again. He adds depth to the characters he introduced in Reservation Road. VERDICT A well-crafted selection, ideal for readers with a taste for moral ambiguity. Readers of Reservation Road will enjoy continuing the stories of these two families, linked by tragedy, while those who haven't yet discovered this powerful writer are in for a treat.—Gwen Vredevoogd, Marymount Univ., Arlington, VA

The literary tradition of the middle-class American male as a creaky vessel teetering on the verge of moral meltdown yet struggling to reconstruct himself has found its latest and arguably most adept practitioner in Schwartz (Reservation Road). Like Johnny Hake and Harry Angstrom before him, Dwight Arno is a man who has done wrong. A Connecticut tax lawyer disbarred after a fatal hit and run accident, he does not expect a chance at redemption, but it arrives in the form of his son, Sam, who makes a mad dash across the country and shows up at his estranged father's front door after a vicious bar fight puts an end to his dreams of baseball stardom. Pontificating discourses masquerading as stream-of-consciousness mar the narrative at times and inject a sanctimonious streak, but Schwartz is otherwise exceptional at describing the chemistry of desire, creating emotional tension, and making his characters feel more like flesh and blood than fictional constructs. Imaginative and taut, Schwartz's writing is seamless and infinitely inspired. (July)

I let you goMackintosh, Clare