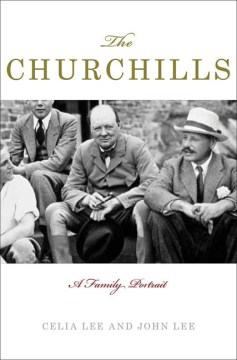 Celia Lee is a member of the International Churchill Society; her husband, John, is a former executive officer of the British commission for military history. Their compact and easily digestible profile of the Churchill nuclear family is enjoyable and contains a few surprises that contradict the conventional wisdom. The account begins with the "love at first sight" meeting and marriage of Lord Randolph Churchill and the American socialite Jennie Jerome. As the Lees describe them, they were both immensely bright, physically beautiful, but deeply flawed personalities. Randolph seemed destined to reach the height of British political power, but his destructive personal habits and repeated political miscalculations led to both personal and public decay. Along with ravishing beauty, Jennie had wit and charm, but the Lees assert that she was self-absorbed, sexually voracious, and an irresponsible spendthrift. Of their two children, it is Winston's younger brother, Jack, who probably comes off best. While he lacked his brother's flamboyance and genius for self-promotion, Jack was a well-regarded soldier, a savvy businessman, and a source of stability for the family. This is a fine examination of a celebrated family that is ideal for general readers. Copyright 2010 Booklist Reviews.

Celia Lee, a member of the International Churchill Society, and John Lee, a former executive officer of the British Commission for Military History, have produced an interesting overview of the modern Churchill family. Written partly to remind the world of the existence of Sir Winston Churchill's younger brother, Jack, and partly to clear away the myths shrouding the family's history, the narrative describes the impact of the boys' politician-father, Lord Randolph Churchill, and their mother, the beautiful and self-centered American-born Jennie Jerome Churchill, on Britain's society, politics and legacy. While Winston and Jack's parents were often unable to see beyond their own needs and ambitions, the boys absorbed a strong sense of family duty. Winston, by far the more flamboyant of the two, quickly captures the reader's attention, though Jack could accurately be described as the steadier, more serious sibling. The death of Lord Randolph Churchill, Jennie's multiple affairs and massive debts, the service of Winston and Jack in the Boer War and WWI, and Winston's rise to power in WWII provide a sometimes repetitive tale but one worthy of classical drama. Photos. (Jan.)

The Churchill factor: how one man made historyJohnson, Boris

Clement Attlee: the man who made modern BritainBew, John

My darling Winston: the letters between Winston Churchill and his motherChurchill, Winston, 1874-1965

Churchill's empire: the world that made him and the world he madeToye, Richard, 1973-