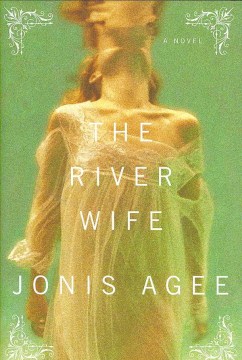 Agee's long-awaited fifth novel is an all-consuming experience. From the moment Hedie Rails arrives in Jacques' Landing, Missouri, in 1930 as Clement Ducharme's young bride, readers are swept into a tale of passion, deceit, and misfortune steeped in the best southern gothic tradition. "This isn't a land to love, is it?" remarks Hedie about the unforgiving, table-flat Missouri Bootheel region, and she's right. As she reads the diaries of Annie Lark, crippled in the New Madrid earthquake of 1811 and rescued by French fur trapper Jacques Ducharme, Hedie learns about her new husband's disturbing family legacy. The enigmatic Jacques amasses a fortune as a Mississippi river pirate, and the quest for his illicit wealth preoccupies the women of later generations. These include Laura, an Irish adventuress who becomes Jacques' second wife; Omah, the freed slave who's his partner in crime; and Maddie, Laura's daughter. This mesmerizing saga teeming with memorable characters, sharp depictions of frontier life, and lucid, beautifully wrought prose will haunt readers long afterward. ((Reviewed April 15, 2007)) Copyright 2007 Booklist Reviews.

In the early 1900s, when Hedie Rails arrives at Jacques' Landing, MS, to marry Clement Dumarche, she discovers diaries harkening back to the early 1800s that reveal the complex life and loves of Clement's grandfather, a frontier river pirate. With an eight-city tour. Copyright 2007 Reed Business Information.

Agee (Sweet Eyes ; Strange Angels ) delivers an enthralling family saga set in Missouri's boot heel, a place so remote, "it's as if the whole state of Missouri has been trying to shake it off for years, like a vestigial tail." Seventeen-year-old Hedie Rails arrives in 1930 as the pregnant bride of Clement Ducharme at his family estate, but little does Hedie know that she's carrying on a tradition: in 1811, young Annie Lark is rescued from the Midwestern New Madrid earthquake by French fur trapper Jacques Ducharme and becomes the first "river wife." Hedie discovers this—along with the dark side of the Ducharme legacy—through old diaries she finds at the family home. She also learns of the other women involved with Jacques: Omah, the freed slave girl who joins him in river piracy, and Laura, his fortune-hunting second wife whose daughter, Maddie, is Clement's mother As Hedie's experiences become increasingly ominous (where does Clement go at night, and why does he come home beaten up? Are those footsteps she hears upstairs?), parallels develop between her life and those of past river wives. Lush historical detail, a plot brimming with danger, love and betrayal, and a magnificent cast (Jacques is larger than life, and the wives are sassy, sexed-up spitfires) will keep readers entranced. (July)

Map of the heartWiggs, Susan

The seven or eight deaths of Stella FortunaGrames, Juliet

The road from Gap CreekMorgan, Robert, 1944-