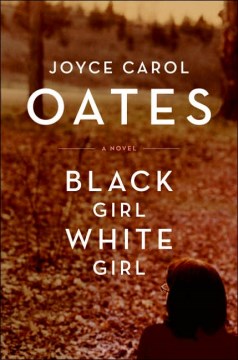 Volumes will be written about Oates' young women narrators, their vulnerability and covert power, their passive-aggressive quests for love and their penchant for revenge. Complicated young women like Generva Meade, heir to a fortune and a legacy of activism. Her Quaker ancestors were abolitionists, her namesake was a famous pioneering feminist, and her father is a notoriously radical hippie attorney. A signature theme for Oates is the psychology of race relations, and a favorite rite of passage is a young woman's first year away at college, preoccupations that shape this acutely provocative novel. It's 1974, and Generva, called Genna, is a freshman at a college founded by her great-grandfather. Her roommate, Minette Swift, is a black scholarship student and the pious, anxious, and aloof daughter of a minister. She also appears to be the target of hate crimes. Genna tries so desperately to befriend Minette that there is something suspect about her avid fascination. As events unfold, Genna's growing frustration over the unbridgeable gap between her and Minette fuels her anger with her elusive father, who may be in danger due to his involvement with a protest bombing. Oates is a master at injecting potent personal and social psychology into the lean musculature of a thriller, a feat that, in this case, starkly exposes key paradoxes at work in the American soul. ((Reviewed July 2006)) Copyright 2006 Booklist Reviews.

The amazingly prolific Oates follows High Lonesome: Stories 1966 2006 with a short tale of fractured relationships and psychological horror. Narrator Genna Meade meditates on the long-ago, terrible death of a 19-year-old girl who might have beenâ€"maybe should have beenâ€"her best friend. On entering tony Schuyler College in the mid-1970s, Genna, a liberal and well-meaning prep-school grad, is looking forward to rooming with devoutly religious African American scholarship student Minette Swift. But the girls have little in common, other than an uncomfortable shyness with each other and uneasy relationships with adored but flawed fathersâ€"Minetteâ€™s dad is a charismatic minister, while Gennaâ€™s dad is an attorney notorious for defending anti Vietnam War radicals. The girlsâ€™ tentative moves toward friendship and loyalty are undermined by the stresses of their first year of college and a series of hateful encounters that ends in tragedy and grief. This dark, suspenseful portrayal of fatal failures to communicate may prompt more than one reader to ponder the state of our societyâ€™s moral condition. Recommended for most fiction collections.â€"Starr E. Smith, Fairfax Cty. P.L., VA

In 1975, racial tension still runs high at Genna Meade's mostly white Schuyler College in Pennsylvania. Her outcast black roommate, Minette Swift, is a D.C. preacher's daughter; Genna is descended from the college's founder. Minette misses home desperately; Genna, in contrast, avoids her "hippie" mother's phone calls while yearning for a visit from her absentee father, activist lawyer Maximilian Meade. Despite their differences, the girls muster an effortful friendship, due to the near-fetishization of black culture that Genna's parents have inculcated in her. When racist incidents begin to plague Minette, Genna tries to protect her, but Minette lapses into an antisocial, dangerous depression. Meanwhile, Genna has her own problems--she's gradually piecing together clues to a mystery whose solution may lie far too close to home for comfort. Eventually, Minette's downward spiral prompts a shocking epiphany for Genna that will alter the course of her family's life. Oates bravely grapples with the fallout of the Civil Rights movement, the early '70s backlash against Summer of Love optimism, and the well-intentioned but ultimately condescending antiracist piety of privileged white liberals, but this anecdotal novel feels slight compared to her best work. (Oct.)

Where they found herMcCreight, Kimberly