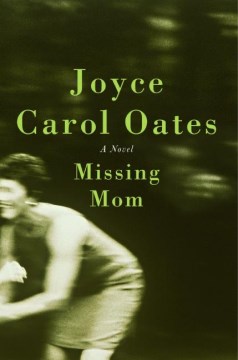 Oates alternates between big, topical novels that reveal as much about society as about individuals, such as The Falls (2004), and more intensely focused psychological portraits, such as I'll Take You There (2002) and now this hypnotic tale of shock and mourning. The Eatons lived for several decades in a modest ranch house in the small town of Mt. Emphraim in western New York. Nikki, the hip, independent 31-year-old narrator, is a newspaper features writer given to flirty attire. She has now truly riled her do-gooder mother, the recently widowed Gwen, and her bossy sister, Clare, mother of two, by carrying on an affair with a married man. In spite of the friction, the women are close, until a violent tragedy hits like a boulder hurled into a pond. Oates tracks every ripple in her empathic drama as she meticulously charts the daunting and transforming process of missing a lost loved one. Nikki is smart, frank, and feeling, and the reader is right there with her as she struggles to cope with the absence of her mother and an unnerving torrent of painful revelations. Oates is at once erotic and scientific in her uncanny detailing of ordinary things experienced under extraordinary circumstances, from the contents of junk drawers to the making of a meal and the textures of skin and clothing. This almost hallucinatory precision, contrasted with high-voltage encounters with law officials and stricken neighbors and relatives, makes for a profoundly involving and haunting explication of grief, followed, finally, by a renewed embrace of life. ((Reviewed June 1 & 15, 2005)) Copyright 2005 Booklist Reviews.

Nicole, 31, is living an extended adolescence, still in rebellion against her parents' suburban middle-class, do-the-right-thing lifestyle. Her father has recently died; her older, domestic diva sister is prone to histrionics. Nicole herself is involved with a married man and does not have a clue how her actions may impact other people. Everything changes in an instant when Nicole's mother, Gwen, dies in a violent assault. After the ensuing investigations and memorials, everyone is surprised when Nicole steps into her mother's shoes and gradually begins to adopt aspects of Gwen's personality. Within this transformative process, hidden details of Gwen's life come to light; we learn that this cheerful, perhaps overzealous woman who was called "Feather" in high school had some ghosts of her own. This time around, Oates, one of America's greatest writers, has not written one of her "broad views" into American society, but rather one of her intimate portraits of family relationships. It may not make a big splash, but loyal fans will want it. Recommended for larger popular fiction collections. [See Prepub Alert, LJ 6/15/05.]--Susanne Wells, P.L. of Cincinnati and Hamilton Cty., OH

Oates's latest returns to upstate New York's Mount Ephraim, the setting of We Were the Mulvaneys, Oates's 1996 novel-a 2001 Oprah pick-about one family's privilege and decay. This time, Oates turns to the middle class: narrator Nikki Eaton, 31, is a reporter for the smalltown Beacon and her family's black sheep. She's having an affair with a married DJ; she barely tolerates her widowed mother, Gwen, and her homemaker sister, Clare. As the novel opens, Nikki arrives at Gwen's Mother's Day party with newly spiked, "inky-maroon" hair and contempt for Gwen's cooking, one-story house and endless munificence to her ragtag guests. Two days later, Gwen is murdered by an ex-con. Chronicling Nikki's year following Gwen's death, the novel includes some wonderfully precise emotional observations. But more often the prose sags beneath the weight of banal information and a story line too redolent of pulp. Naturally, the "swarthy" police detective investigating Gwen's murder initially seems repulsive, and naturally, in the novel's final pages, Nikki thinks: "I had not noticed in the past how strong his profile was." There are no surprises, that's for sure. And yet the novel is so conventional and relentlessly detailed that it can't help showing its characters behaving in ways that resonate. (Oct.) Copyright 2005 Reed Business Information.