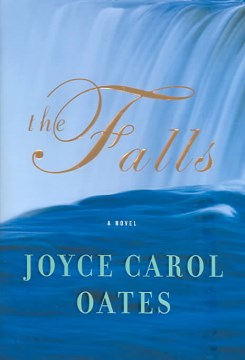 From Oates' fevered imagination comes a sprawling, ambitious novel with enough material to fill several books. The thoroughly absorbing story line tracks 30 years in the life of the Burnabys as they struggle to juggle the competing demands of family and community. After Ariah Erskine's young husband commits suicide on their honeymoon by throwing himself into the roaring waters of Niagara Falls, she forms an intense relationship with local lawyer Dirk Burnaby, marries him two months later, and eventually bears three children. But their marriage founders when Dirk succumbs to the pleading of a local woman whose family has been sickened by their poisoned neighborhood in Love Canal. Dirk, a longtime member of the patrician ruling class, underestimates the lengths to which his colleagues will go to protect their business interests and pays the ultimate price when he faces down the powers-that-be in court. Twenty years later, his sons will take up his cause and mend their broken family in the process. This passionate, compulsively readable novel displays the full range of Oates' singular obsessions--the destructiveness of secrets; eccentric female characters given to rapacious appetites and volatile emotions; and the mysterious way that human emotion is mirrored in the natural world. Vivid and memorable reading from the madly prolific Oates. ((Reviewed May 1, 2004)) Copyright 2004 Booklist Reviews.

The ramifications of a death at Niagara Falls; see the review on p. 116. Copyright 2004 Reed Business Information.

Oates is not only on her authentically rendered home ground in this sprawling novel set in the city of Niagara Falls during the 1950s, she is also writing at the top of her form. Her febrile prose is especially appropriate to a story as turbulent as the tumultuous waters that have claimed many lives over the years. Widowed on her wedding night when her new husband, a young minister and latent homosexual, throws himself into the falls, Ariah Littrell, the plain, awkward daughter of a minister, henceforth considers herself damned. Her bleak future becomes miraculously bright when Dirk Burnaby, a handsome, wealthy bon vivant with an altruistic heart, falls in love with the media-dubbed Widow-Bride. Their rapturous happiness is shadowed only by Ariah's illogical conviction over the years that Dirk will leave her and their three children someday. Her unreasonable fear becomes self-fulfilling when her increasingly unstable behavior, combined with Dirk's obsessed but chaste involvement with Nina Olshaker, a young mother who enlists his help in alerting the city fathers to the pestilential conditions in the area later to be known as Love Canal, opens a chasm in their marriage. His gentle heart inspired by a need for justice, Dirk takes on the powerful, corrupt politicians, his former peers and pals, in a disastrous lawsuit that ruins him socially and financially and results in his death. Oates adroitly addresses the material of this "first" class action lawsuit and makes the story fresh and immediate. "In the end, all drama is about family," a character muses, and while the narrative occasionally lapses into melodrama in elucidating this theme, Oates spins a haunting story in which nature and humans are equally rapacious and self-destructive. Agent, Jane Hawkins. Author tour. (Sept. 16) Forecast: This is likely to be one of Oates's biggest sellers-its heft, striking setting and sheer excellence should make it her highest-profile novel since Blonde. Copyright 2004 Reed Business Information.