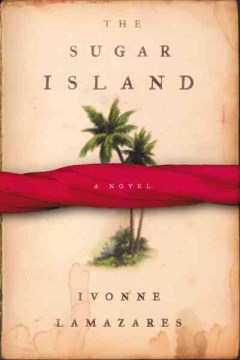 Cuban American writer Lamazares' first novel conjures a specific time and place and tells a timeless and universal tale of the struggle for love and autonomy between mothers and daughters. In Cuba in 1958, Tanya, Lamazares' impressively cogent narrator, is six when her sexy and restless unwed mother heads for the mountains to become a rebel guerrillera. Mam quickly returns, pregnant with her son. Seven years later, disgusted with the communists, Mam attempts to escape to the U.S. The destitute trio ends up living uneasily with Tanya's kind great aunt, while Mam tangles with the authorities and Tanya learns more than she wants to know about the tyranny of politics, religion, and sex. Bred-in-the-bone nonconformists, mother and daughter eventually make it to Miami, where they find that the rules are different, but the game is essentially the same. Lamazares' evocatively understated style gives full reign to the profound irony and sorrow inherent in her magnetic characters' conflicts with each other and with society. ((Reviewed August 2000)) Copyright 2000 Booklist Reviews

Tanya, her mother, and other refugees courageously or foolishly set out in a homemade raft, leaving Cuba for a new life in Florida. But this is not the familiar story of today's headlines, nor is it the tale of the horrific voyage itself. Rather, the novel tells of a young girl growing up and coming of age in Cuba in the early 1960s, during the first years of the Cuban Revolution. Unreliable and unpredictable, Tanya's mother lives for her own passions. Outside home, life for Tanya is equally irregular, as she learns to cope in a world rife with broken friendships, distrust, suspicion, and betrayal, all the while retaining her intrinsic sweetness, decency, and sense of self. Lamazares (literature, Miami-Dade Community Coll.) was born in Cuba and moved to Florida as a young teenager, and her short stories have been published widely. This excellent first novel, discovered at the Sewanee Writers Conference, calls to mind the sensitivity and the poetic, compact writings of Cristina Garcia's Dreaming in Cuban (LJ 3/1/92). Highly recommended for all public libraries. [Previewed in Prepub Alert, LJ 5/15/00.] Mary Margaret Benson, Linfield Coll. Lib., McMinnville, OR Copyright 2000 Cahners Business Information.

HTanya, the teenage protagonist of Havana-born Lamazares's timely and memorable debut, comes of age amid the political and social turbulence of Cuba in the late '60s and early '70s. This spare, lyrical and brilliantly observant novel holds an ironic twist: Tanya has a greater grasp of reality than her mother. Both characters are fascinating, strong-minded individuals: "Mamá" is reckless and recalcitrant, but has winning ways and a unique sense of humor, while Tanya is stubborn and practical, even as she admits that she and her mother are "splinters from the same unblessed stick." The familial struggle is exacerbated by the hardships of day-to-day life in Cuba, especially the constant surveillance by neighborhood watchdogs, known as CDR. The novel begins in 1958 when Mamá leaves five-year-old Tanya to join Fidel Castro's rebel army in the mountains near their village; she returns a year later, disillusioned and pregnant by a rebel cook. The narrative then skips to 1966, when, in a town across the bay from Havana, Tanya is a bright and sassy 13-year-old schooled in the virtues of communism her half-brother, Emanuel, is seven and a talented musician; and Mamá, quixotic as ever, is planning the family's escape to Miami. The plan fails, Mamá is sent to prison and the children must live with an elderly distant relative, a nearly blind piano teacher whose Catholic faith helps her to cope with the restrictive regime. But Mamá is both uncurably romantic and indomitable; on her release, she continues to dream of escape and forces Tanya to join her attempt to cross "the black water" on a makeshift raft. This is only the halfway point in a story whose suspense builds to a dramatic climax and a bittersweet denouement. In addition to the mother-daughter conflict, the irony of life in Castro's Cuba depicted here as a land of food shortages and literacy campaigns, a godless society where people attend mass or believe in voodoo and where a young girl like Tanya cannot summon any faith at all comes across clearly in the hands of this talented new writer. Agent, Gail Hochman. Author tour; rights sold in France, Germany, Italy and Holland. (Sept.) Copyright 2000 Cahners Business Information.