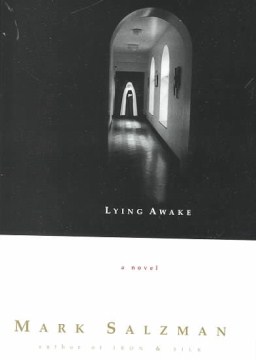 The life of a modern nun is often misjudged, mysterious, and quizzical. When a nun is the recipient of mystical visions and ecstasies, and the fame that results from them, her life is all the more fascinating. In the community of discalced (shoeless) Carmelite nuns outside of Los Angeles, Sister John of the Cross is a cloistered mystic, the subject of great speculation from outside as well as from within the convent itself. Her visions have gained her and her community fame. Her writings have given her community a much-needed income and have allowed for necessary repairs to the convent buildings. Her visions, however, have lately been accompanied by severe headaches. Her doctor's diagnosis is that her visions may be merely the result of these headaches and may have disastrous consequences to her health. As Sister John struggles with the decision of stopping her headaches (and possibly the visions), she also deals with questions of divine will. Salzman's well-written novel takes the format of a spiritual journal, dated by feasts of the liturgical year, and journeys into Sister John's past, her spiritual path, and the choice she faces in determining the truth of God's will. Michael Spinella YA/L: For YAs interested in spiritual quests or the cloistered religious life. LM. Copyright 2000 Booklist Reviews

Normally, the contemplative Sisters of the Carmelite monastery of St. Joseph outside Los Angeles would have little contact with the everyday world. However, Sister John of the Cross, a longtime Carmelite, has brought some outside attention (and needed income) to the small religious community, including an invitation to deliver a poem at the Vatican, because of her inspirational writings based on the intense spiritual visions she experiences regularly. But when equally intense headaches send her to the hospital, Sister John is shocked to learn that her visions may originate from a life-threatening physical condition. Worse, if she agrees to the recommended surgery, the operation is likely to eliminate forever what she had accepted as a special grace from God. To make her decision, Sister John must reexamine her path to the cloistered life and test the strength of her most cherished beliefs. In this spare, affecting novel, Salzman (Lost in Place, The Soloist) creates a compelling portrait of faith and the interior life. Recommended for public and academic libraries. Starr E. Smith, Tysons-Pimmit Regional Lib., VA Copyright 2000 Cahners Business Information.

Mysticism meets modern medicine in this intriguing récit of a nun's dark night of the soul. It's 1997, and Sister John of the Cross, a Carmelite nun in a monastery just outside Los Angeles, seeks treatment for epilepsy, although the remedy threatens to diminish her formidable spiritual powers. The Carmelites place heavy emphasis on prayer, and over the years this discipline has helped Sister John to develop miraculous visionary gifts. When severe headaches precipitate a collapse that requires medical intervention, Sister John finds the process starkly juxtaposed against her centuries-old traditions: she discovers it's almost impossible to discuss infused contemplation with a neurologist. Is her continual prayer "hyperreligiosity"?; her choice to remain celibate "hyposexuality"?; her will to control her body "anorexia"? Although she accepts a CT scan and its diagnosis, Sister John determines that faith offers a more substantial, meaningful reality. Written with simple elegance, alternating narrative and prayer, the tale is engaging yet maintains a curious emotional elusiveness. A drama centering on the realm of mysticism is bound to be difficult to describe and, like Ron Hansen's Mariette in Ecstasy, this story doesn't aim to render the nun's spiritual life and psyche in accessible terms for lay readers. What Salzman conveys with perfect clarity is that momentary, extraordinary mental state in which physical pain becomes pure, lucid grace poised between corporeal reality and eternity, a state that Sister John desires to prolong for a lifetime. Salzman's talent for calling forth the details and essence of unfamiliar realms is well known: his memoir, Iron & Silk, was acclaimed for its deft rendering of life in China, no less authentic for being written by an outsider. With this third novel (after The Soloist), the author continues to surprise with his unorthodox choices and consistently challenging themes, story lines and characters. Eight illus. by Stephanie Shieldhouse. (Sept.) FYI: The Soloist was a finalist for the Los Angeles Times Book Prize for Fiction. Copyright 2000 Cahners Business Information.

On the mountain of the LordBentley, Ray

Heaven is for real: a little boy's astounding story of his trip to heaven and backBurpo, Todd

Heaven is real: lessons on earthly joy-- what happened after 90 minutes in heavenPiper, Don, 1950-