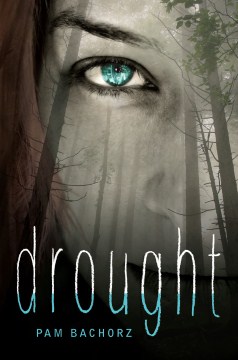 For 200 years, Ruby and the Congregation have been enslaved by Darwin West and his Overseers, forced to harvest water for a mysterious Visitor. Brutally beaten and starved, they struggle through each year while waiting faithfully for their savior, Otto, to return and free them. Ruby's duty to the Congregation keeps her from running: they would die without her, because only her blood can give the water its healing and life-sustaining properties. When she meets Ford, a new Overseer also trapped in his role, they fall in love and long for a life free of crushing obligations. Ruby is as much a slave to the Congregation as they are to Darwin, and she is believably conflicted, desiring change without losing hope. Bachorz uses this dystopian premise to explore powerful themes of faith and loyalty, freedom and slavery, but the integral supernatural and world-building elements are not fully developed, raising a host of interesting questions that are never answered. The unrelenting bleakness and slow pacing will further limit the audience for this brooding, thought-provoking story. Copyright 2010 Booklist Reviews.

Ruby alone has the power to sustain her community, the Congregation, as it waits for deliverance from oppression. But when she falls for Ford, an Overseer, she's torn between her loyalty and her forbidden love. An attention-grabbing premise, engaging characters, and a well-wrought dystopic setting help overcome some murky religious symbolism in the story. Copyright 2011 Horn Book Guide Reviews.

Bachorz (Candor) again carves out a compelling niche in the dystopian genre, tackling issues of faith, perseverance, and obligation in this bleak tale of an isolated community enslaved by the past. For 200 years, Ruby and other members of the Congregation have toiled, collecting life-sustaining (and life-prolonging) Water under hellish conditions, kept in line by Overseers and forced to satisfy demanding quotas. Only a select few know that Ruby's blood, like that of her long-missing father, Otto, is the catalyst that turns ordinary water into Water, a secret they keep at all costs. While the Congregants patiently wait for Otto, their savior and founder, to return and lead them to freedom, Ruby believes it's time to escape and seek him out. In defiance of custom and wisdom, Ruby falls for Ford, an Overseer, further pushing her toward a fateful decision. Though some of the intrinsic supernatural elements aren't fully explained, the tension between the Christian aspects of Ruby's faith (life-saving blood, an absent and awaited savior) and Ford's contemporary Christianity results in a complex, provocative exploration of loyalty, community, family, and belief. Ages 12–up. (Jan.)