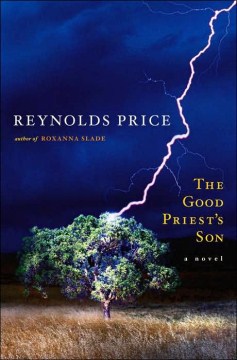 The inevitable flow of fiction about 9/11 has begun, and the issue for novelists will be how to make the tragedy seem organic to the story rather than just added on to it. Distinguished writer Price's fourteenth novel, unfortunately, makes unconvincing use of 9/11 events. Art conservator Mabry Kincaid, in his early fifties, a recent widower, and newly but only tentatively diagnosed with a debilitating disease, is returning from Europe on that dreadful day, having gone there on behest of a client, when his plane is diverted to Nova Scotia because of the terrorist attacks. He lives in New York within the shadow of the World Trade Center, so going home right away is out of the question. Instead, he goes home, to North Carolina, to stay for a while with his elderly father. After spending a few days under his childhood roof, Mabry returns to New York, facing not only his debris-clogged neighborhood but also his grown daughter, with whom he has a tenuous relationship. This novel is, then, about reconnecting with the past when the future is obviously so uncertain; unfortunately, the major plot elements do not coalesce into a strong, single story. The 9/11 aspect seems, indeed, only a manufactured feature. Price is avidly read, however, and library patrons with an interest in serious fiction will certainly be asking for his latest. ((Reviewed April 15, 2005)) Copyright 2005 Booklist Reviews.

Though of Southern origin, middle-aged art conservator Mabry Kincaid now considers New York City his true home. Mabry is jolted into reexamining this and other assumptions about himself when his Lower Manhattan loft becomes a casualty of the 9/11 terror attacks. Already distraught over the recent lingering death of his former wife (who has bequeathed him a fortune even though his many infidelities destroyed their marriage) and plagued with peculiar neurological symptoms, Mabry flees both the city and his adult daughter as soon as the airports reopen, heading for the hamlet in eastern North Carolina where he grew up. He finds his father, a retired Episcopal priest, recovering from a fall at a disturbingly slow pace despite excellent care from a remarkable African American graduate student and her son, an aspiring artist. A week of family stress wears Mabry down as he questions the nature of the feelings his father and daughter have for him, ponders the ethical thing to do about a mysterious painting he is holding for a client who apparently perished in the World Trade Center, and faces the possibility of a shattering, life-changing medical diagnosis. As in much of Price's other fiction, questions of love and death dominate and drive strong, unconventional characters in a thoughtful novel notable for a solid sense of place and authentic regional speech. Recommended for most fiction collections. [See Prepub Alert, LJ 2/1/05.]-Starr E. Smith, Fairfax Cty. P.L., VA Copyright 2005 Reed Business Information.

The events of 9/11 serve as a catalyst for reconciliation between Mabry Kincaid, a 53-year-old Manhattan art conservator, and his father, Tasker, an Episcopal priest, in Price's 14th novel, a nuanced, quietly evocative story set in North Carolina. Mabry, who was on a cross-Atlantic flight during the attacks on the World Trade Center, decides to go to his father's home in North Carolina rather than return to his uninhabitable downtown New York apartment. In his boyhood home he finds Audrey Thornton, a golden-eyed, 4o-something African-American woman providing companionship (she's a Duke divinity student) and care for Mabry's wheelchair-bound father. Mabry's visit becomes an extended stay, and over the course of the leisurely narrative, Price (Roxanna Slade, etc.) chronicles Mabry's tentative friendship with Audrey and her son and develops Mabry's difficult father-son relationship; the novel blossoms into a heartfelt study of thorny familial love. Price also poignantly renders the exigencies of Mabry's middle age: Mabry takes up with an old flame while coming to terms with his philandering past, the death of his wife from cancer and the debilitating onset of multiple sclerosis. His discovery of a Van Gogh oil sketch also livens the story, but it is Price's assured prose and fully imagined characters and their family ties that make this emotionally resonant novel compelling. Agent, Harriet Wasserman. (June) Copyright 2005 Reed Business Information.

My name is Lucy BartonStrout, Elizabeth